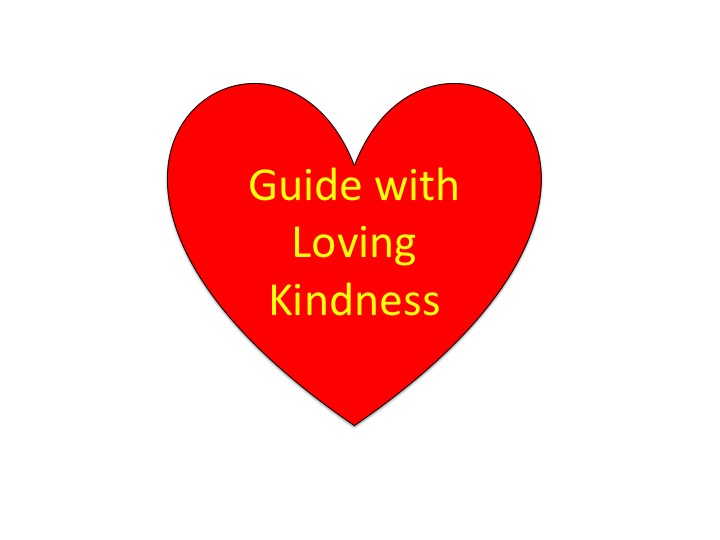 It All Began With A Cake

Thankfully, they sprung into action and got busy with the cheesecake.  After putting the cake together, they left it in the fridge to chill overnight, in preparation for Mother’s Day celebration.

When my teens served it after dinner the next day, my 17-year old exclaimed, “That went well!” and my 14-year-old agreed with her brother.  I added, “Wow, that looks great!” But my little 6-year-old took one look at it and said, “That didn’t turn out well.”

My 14-year-old took offense at that. “What do you mean it didn’t turn out well?”  she asked incredulously.

And the evening went downhill after that.  Tears flowed because the 14-year-old was hurt by her sister’s critical remark while the 6-year-old was upset that her sister had challenged her opinion.

Well, in my opinion, both were wrong.

My littlest one had lacked tact in her comments and had hurt her sister.  My teen girl was too thin-skinned to take a critical remark despite getting good comments from her brother and me.

Yet at the same time, both were right!

My 6-year-old had probably based her impression of how the cake would look from what she had seen from the online recipe.  THAT cake had frosting and strawberries as well as chocolate drizzle on it. So comparing THAT with the decoration-free cake made by her siblings, it would be fair to say the actual cake “didn’t turn out well”.

Similarly, my 14-year-old was right to insist the cake had turned out well because the teens had not intended to frost the cake, nor did they manage to buy strawberries to adorn the cake. They had intended to present a plain chocolate cheesecake and, as far as that went, the cake turned out really good!

What Caused This Conflict?

1) Expectations
Both my 14-year-old and 6-year-old had different expectations as illustrated above. And because of that difference, there was disagreement.

3) Carried Over Emotion
Prior to making the cake, my 14-year-old was, as usual, playing “mom” to her little sister, correcting the little one, telling her what to do, etc. Understandably, that did not go down well with the little one.  So she harboured some animosity towards her older sister. When presented with an opportunity to hurt with a negative comment, she grabbed it whole-heartedly.

Was she right to do so?  No. But was it understandable why she did it?  Yes.

How to Resolve This?

As with all conflict, we can always choose the punitive way or the loving way.  Of course, there is a third choice, which is to ignore it. Knowing me, I chose the loving way.  But for the sake of understanding, let us look at the impact or consequences of the other ways as well.

a) The Punitive Way
If I had chosen to reprimand the girls for their behaviour, I would have only focused on how they were wrong, that one was rude and the other was too thin-skinned. Both of them would have felt invalidated. The 6-year-old would learn it didn’t pay to be honest.  The 14-year-old would learn it was not ok to feel hurt by hurtful comments from someone whom she loves dearly.

Obviously, those were not the lessons I wanted my girls to get out of this conflict.

2) Ignore It
If I had chosen to ignore it, I would be tacitly agreeing with what both were doing. They would both stand firm that they were right and the other party was wrong. And that would breed resentment towards the other for the perceived attack.

Obviously, breeding resentment was not one of my goals in building strong relationships within the family.

3) The Loving Way
What is the “loving” way?  To me, it is one where we help one another see others’ perspectives so they can each can agree or come to the conclusion the mistakes they have made.

This was what I did to resolve their conflict.

I started by telling my 6-year-old that I thought the cake turned out really well because it was something her siblings had whipped up on short notice.  I agreed with her it would have looked nicer if her siblings had had time and the frosting and strawberries to decorate the cake, but because they didn’t, the cake was as great as it could have looked.  More importantly, it was the tastiest chocolate cheesecake I had ever had.  Hence, to me, the cake was a huge success.

With that, my 14-year-old was able to understand the “standard” her sister was using when she had made that hurtful comment.  It helped to somewhat soothe how she had felt.

To help diffuse the tense situation further, I turned to my 14-year-old, looked her in the eye and told her all I wanted was a plain chocolate cheesecake and I got my wish. To me, the cake was a success because it was also extremely tasty. I added that she could choose to focus on what her little sister had said about the cake, or what her brother and I, the recipient of her gift, had felt about the cake. I acknowledged that she had felt hurt because she loved her sister dearly and the latter’s comments mattered to her.  I also added that I agreed with her that the little one could have been more tactful in her comment but seeing that she was but a 6-year-old, tact would be a difficult quality for her to possess. Hence, all of us needed to work harder to model tact for her to learn.

That helped my 14-year-old recalibrate what she could choose to hear: the praises or the criticism.  She realised her cake WAS a success (she had said so herself before her sister’s negative comment) and it did not matter what her sister had said. It also helped her realise that our every comment to one another was an opportunity to model tact and if she wanted tact from her sister, she needed to speak with tact as well.

As for the little one, she realised she was the “odd-one-out” thinking the cake was not a success.  It also helped her see she was being tactless in her comment and that she still had lots of room to learn how to be tactful.

Doing what I did helped my girls reflect what they could each improve upon.  They did not feel “invalidated” as their “erroneous ways” were based on understandable reasons. But they knew what they could work on to become better and more loving towards each other. More importantly, they understood each other slightly better as a result of this conflict resolution.

Why Is This Important?

This is but a typical small conflict within any family.  Some may feel it’s not something worth blogging about.  But what triggered me to write about it was I realised the way we parents handle any conflict amongst our children will make a huge difference on how everyone feels about everyone.

If we handle conflicts amongst the children in the punitive way, not only would that breed resentment in the children towards one other, it would also lead to our children resenting us, the parents, for being unfair!

The same applies if we choose to ignore the conflicts. By not doing anything about something that we know about that is wrong, we are actually communicating something.  We are actually silently screaming to our kids, “IT’S OK! YOU ARE RIGHT! CARRY ON!” Like the punitive way, our children will resent one another and us because they don’t see us correcting the other party.

By choosing to resolve conflicts lovingly, we can help everyone see different perspectives.  We help our children develop empathy. With time and constant modeling from us, they will grow to develop the ability to see the “bigger” picture.

And if I may add, it trains us to go beyond their conflict and allows us the breathing space decode their behaviour instead. We stop seeing our children as being naughty or rude or overly sensitive. We see them as children who have room for growth and development. We begin to accept them as children who are reacting based on their understanding and capability to control themselves. And THAT helps us regulate OUR blood pressure so we will not get triggered easily by their conflicts. That, in turn, allows us to discipline and guide our children with patience and love.

Was that the end of the episode?  No, not really.

My 14-year-old came to me at bedtime and had a long chat with me about how she had felt about her sister’s comment.  So I reiterated everything I had said earlier.  I also told her that we were all one another’s teachers.

Whenever someone triggers us, there is something we need to learn from there. We can go beyond the incident and look deeper into why the other person is doing what he/she is doing. When we do that, we can grow our empathy. OR we can look deeper into ourselves and see why we react the way we do thereby growing our self-awareness.  OR we can do both and grow even faster!

In her case, the reason why she felt so hurt was because of her need to be perfect. That is why even though the majority of us had told her the cake was successful, she only heard the negative comment and took that to heart instead.  Hence for her, her lesson could be she needed to feel she was good enough. Even if there were room for improvement, she was good enough at that point in time with what she knew and what she had. The thing is this. Nobody is perfect. That is a fact. The sooner she acknowledges she is NOT perfect and can never be, the more she will be open and less offended when someone shows her where she can improve. If anything, she needs to be grateful to that person for helping her become a better person!

I am extremely grateful to have had that conversation with her because every time I “teach” that, I remind myself not to be prickly when someone criticises me. Yes, I too suffer from the syndrome of “being Ms Perfect”.  And I suspect most people suffer the same…

What about my 6-year-old? Well, I had a conversation with her the next day sharing with her how much her sister loved her and how her comment had hurt her sister. Then I asked her how would she feel if she had put in a lot of effort making something and someone just told her, “It didn’t turn out well.” She replied, “Sad.” I followed up with my favourite question, “What do you think you need to do now?”

And she went and gave her sister a hug and said, “I am sorry.” And her sister replied, “It’s ok. I love you.”

I love teaching with love. No accusations, no blaming, no tears.

8 Ways to Help Siblings Get Along

What To Do When Kids Fight?