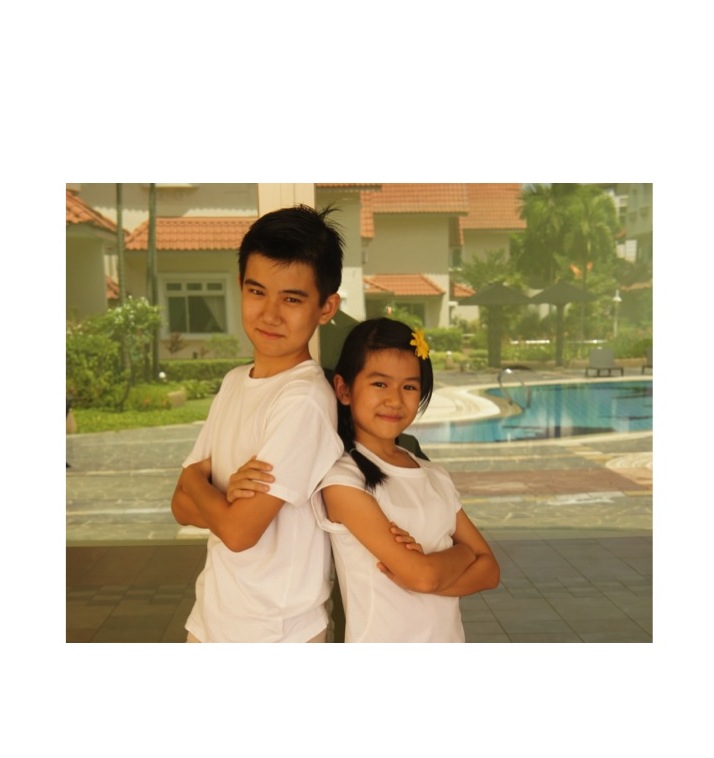 Some parents/teachers punish the “perpetrator” because he was the one who started it. But that overlooks the possibility that there is an underlying reason that needs addressing. Some parents/teachers punish both, or all, children involved regardless of who started it since it takes two or more to tango. But that creates resentment because a child could just be protecting herself yet she was punished for it. So what can we do when children fight? We teach them how to resolve their conflict, of course. But how?  Here is an example of how to intervene in our children’s conflicts.

A parent hears her two children arguing and fighting. She refrains from intervening to allow the children the opportunity to resolve the issue themselves. When the fight becomes physical, a boundary has been crossed and that is when she decides to intervene.

1) Set Boundaries For Their Words and Actions

When children fight, they can be really mean and spiteful. The first thing we do is to set boundaries for what is acceptable and unacceptable behaviour.

Child 1:     You are always so rude!
Child 2:     You are a selfish brat!
Both:         (physically hit each other)
Parent:     Alright, both of you. You need to stop. Both of you are really upset with each other. I can hear you arguing from the other side of the house and I see you two physically fighting when I got here. In this household, we treat one another with respect. We do not hit, nor do we call one another mean names.  What happened?

Why do this? When we clearly state the boundaries for their words and actions, we reinforce what is acceptable behaviour and what isn’t.  By calmly intervening and asking what happened, we role model the behaviour of not jumping into conclusion but seeking clarifications first.

2) Listen to Each Child Without Judgment

Like us, children have reasons for behaving the way they do. Their reasons may not be sound to us. Nonetheless, those reasons have triggered them to behave the way they did. Hence it is important to hear them out. Listen to each child as he/she tells us what happened. Practice active listening by reflecting back what they have told us to ensure we have accurately understood what they have said. It is important to listen impartially to their accounts so they will be open in what they tell us.

Parent:     (To Child 1) Your brother said he took your ruler without asking because you hid his. Is that right?
Child 1:     Yes. I was trying to read my book and he was making so much noise.
Parent:     Thank you.

Why do this? While this looks time consuming, it is an extremely important first step to conflict resolution. When each child feels his side of the story is heard without judgment, he becomes less defensive. The time consuming questioning is deliberate as it allows both angry children to breathe, calm down and think clearly.

Once we have established what happened from the children, help them see where their emotions got them.

Why do this? This extended conversation allows the children to see how each of their self righteous or angry decision lead from one thing to another. In addition, it also gives the children an opportunity to hear the other side of the story and the reasons behind the emotions and actions the other party exhibited. Just so we are clear, doing so does not  justify their behavior. Instead, we are allowing them to help the other party understand their reactions and letting them understand how their behavior affect one another. This reflection is important as it will help them learn to think through their actions in the future. It will also help them develop social intelligence on why others behave the way they do.

4) Help Each Child Reflect On How The Other Child Felt

After each child has had the opportunity to share why they felt the way they did, and reflect on how their emotions led to the series of events, it is time to help them see things from the other perspective.

5) Help Them Brainstorm For Peaceful Solutions

After the children have had the chance to think through the impact of their emotions and actions, as well as put themselves in the shoes of the other person, it is timely to help them brainstorm peaceful solutions to prevent a similar occurrence.

Parent:     (To Child 1) What would you do differently next time when your brother does something that bothers you, like tapping his ruler?
Child 1:     I will let him know the sound bothers me.

Parent:     (To Child 1) What will you do if your brother forgot to ask you for permission before borrowing your things?
Child 1:     I will remind him. I will also try to be generous and share even if he doesn’t ask for my permission, though I would still very much like him to ask first.

Parent:     (To Child 2) Now that you have broken your sister’s ruler, what are you going to do about it?
Child 2:     I will buy her another one to replace it.

Why do this? This process helps them to be more empathetic and to de-escalate and brainstorm for solutions in the future by themselves. By thinking about how their actions affect the other person, it helps them develop regulate their own emotions and impulse control.

“But This Is So Time Consuming!”

Some of you might be thinking, “But this is too time consuming! I just want my children to stop fighting RIGHT NOW.”

My humble suggestion is to give it a try several times. My children are able to work through most of their conflicts with each other themselves using the same technique. They learned to tell the other sibling how they felt when that other sibling did something that upset them. Many times, the irritations were unintentional and as a result of that communication, the conflicts de-escalated very quickly. More often than not, they would receive an apology. While I still need to intervene occasionally, my involvement in their conflicts have reduced dramatically.

Children are not naturally mean. They just need to be guided on how to manage their conflicts. And as their parents, caregivers and teachers, it is our responsibility to help them through the process of conflict management in a peaceful manner. Needless to say, it is also very important for us, as adults, to manage conflicts peacefully ourselves. The children under our care are always watching what we do.

What peaceful interventions do you use when your children fight?

One Reply to “What To Do When Kids Fight?”