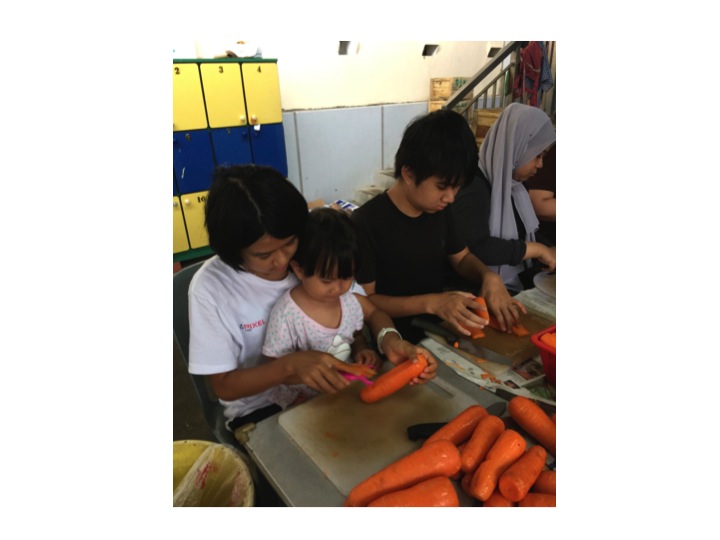 One of the most common complaints I hear from parents is that their children don’t do what they are told. While it is understandable why children prefer to do as they please, there are things we can do to raise cooperative children.

Many years ago when I was living in Vancouver and my firstborn was just a tiny toddler, I had a houseguest. In the few days she stayed with us, she made several comments regarding my interactions with my son. She had felt my toddler was too young to understand any of the things I was doing or saying. Maybe she was right. But I feel they were the keys to bringing up children who would become cooperative. I shall share 3 keys here.

The houseguest had commented she did not see the necessity of me giving my son reasons for everything I had wanted him to do. She felt it was a waste of time, not to mention, it made me sound too long-winded. She had said that I should just tell him what to do and be done with it. “He is just a baby for gracious sake,” she had said. She made the comment when I told my son it was time for us to clean up the toys so we could get to the grocery store to buy food for dinner. It sure sounded like a long explanation for a very young child who might not have understood the reason.

To me, it did not matter whether he understood the implication of having to clean up the toys. What mattered was he knew my decision was not arbitrary. More than 10 years later, when my son was 13 years old, I had told him that I was thankful he did not turn argumentative when he became a teenager. His reply? He said I had always given him good reasons for asking him to do something so there was no reason for him to argue with me. And if he did not agree with my reasons, he just needed to explain why he couldn’t do what I asked him to. He never found the need to argue with me.

How beautiful was that?

I know I would not like it if someone just told me to drop what I was doing without telling me why. Likewise, I made it a habit to explain to all my children why they needed to do something. So if we want our children to listen to us, let them know why they should. If we cannot come up with a good reason, then maybe what we want them to do is not what they needed to do.

It was a cold and wet winter day. I had just finished my grocery run with my little toddler and the houseguest mentioned above. As I was buckling my son up in his car seat, I remembered something.   Oh no! I had promised to let him play at the little playground in the mall after we finished our grocery shopping but I had forgotten and gone straight to the car. I quickly unbuckled him and apologised to him for forgetting my promise to bring him to the little playground. The houseguest who was already nicely snuggled up in the car exclaimed, “You have got to be kidding me! He can’t remember your promise. Let’s just go.” I told her she could wait for me in the car while I brought my son to the playground. In the end, she decided to follow us back to the mall and I explained to her my philosophy of keeping promises, not withstanding whether my child (and subsequently children) understood or remembered.

Over the years, I strived very hard to only promise what I can deliver. My #2 holds me to my promises. Sometimes, circumstances may make it difficult to deliver on a promise. Once, I had told my children I would bring them to their favourite outdoor playground after we finished school for the day (we homeschool). But then it started storming. Obviously I couldn’t bring them to that outdoor playground. In the end, I brought them somewhere indoor to play after we were done with school. I also explained why there was a change in plans.

As long as we respect our children and keep our promises to the best of our ability, we gain their trust and it would be easier for them to listen to us and cooperate because they know we can be trusted.

3) Mean What We Say, Say What We Mean

It’s not just about keeping promises. For our children to know we can be trusted, we have to abide by everything we say, and I mean, EVERYTHING. We have to mean what we say and say what we mean.

Have you ever issued a threat to your children and later realise you have to eat your words? One frequent thought I had when my kids started a high pitch scream in the car was, “If you scream one more time, you are out of the car.” Thankfully, that’s something I said once and never again. But that thought always surfaced because invariably, one of my three children, when they were young, would scream at the top of their lungs when we were in the car. I used to have to bite my tongue to stop myself from issuing a blank threat.

Once, when my #2 was a toddler, we were on the way to the Children’s Museum in Cleveland, USA. She was feeling grumpy that day when I was driving and started screaming. Despite many attempts to get her to stop screaming by telling her where we were going, what we could expect to be doing, or even telling her about her favourite section of the Children’s Museum, I could not get her to stop. In frustration, I shouted over her screams, “If you scream one more time, we are going home.”

Before I go on, let me say that I was looking forward to a fun afternoon at the Children’s Museum with the children that day. It was a break for me as much as it was for them. But I had issued a threat (which is basically a promise). Thankfully, she stopped screaming and I thought gleefully that I had “won” because she knew I kept my promises.

Then she opened her mouth and screamed.

My son, who was almost 5 years old then, had been sitting very quietly, enduring his sister’s screams. I stopped the car and told him we were turning around to go home. I apologised to him and explained I, too, was very disappointed because, like him, I had looked forward to the trip. Tears welled up in his eyes but he did not wail, nor did he scold his sister. Instead he nodded and looked out of the window. I was so tempted to take back my word, but I stiffened my resolved and we went back home.

Once we arrived home, I explained to my daughter why we did not go to the Children’s Museum. I let my son choose his favourite DVD and we cuddled up as we watched the movie. To this day, my children know I keep my word with them, be it promise or threat.

Having said that, I do not use rewards or threats as a means to “control” my children. In fact, I rarely issue threats because I do not believe in coercion. Nor do I promise rewards as a condition for my children doing something because I do not believe in bribery. Most often, rewards rarely figure as part of the “negotiation” but my husband and I will still give them as a surprise because we want to celebrate the children’s cooperation.

My keeping my word is a way for my children to know they can trust me. And when I give them reasons for doing what they need to do, they will trust that too.

Getting our children to always cooperate with us is not something we can demand on short notice. It is a relationship that is built over time. It is built on understanding and trust.

Hence it is important we let our children know why we need their cooperation (give good reasons), and that we mean what we say. Keeping our word is not about using the carrot-and-stick method. It is about establishing trust. When our children trust us, it will be a lot easier for them to cooperate with us.

One Reply to “Raising Cooperative Children”