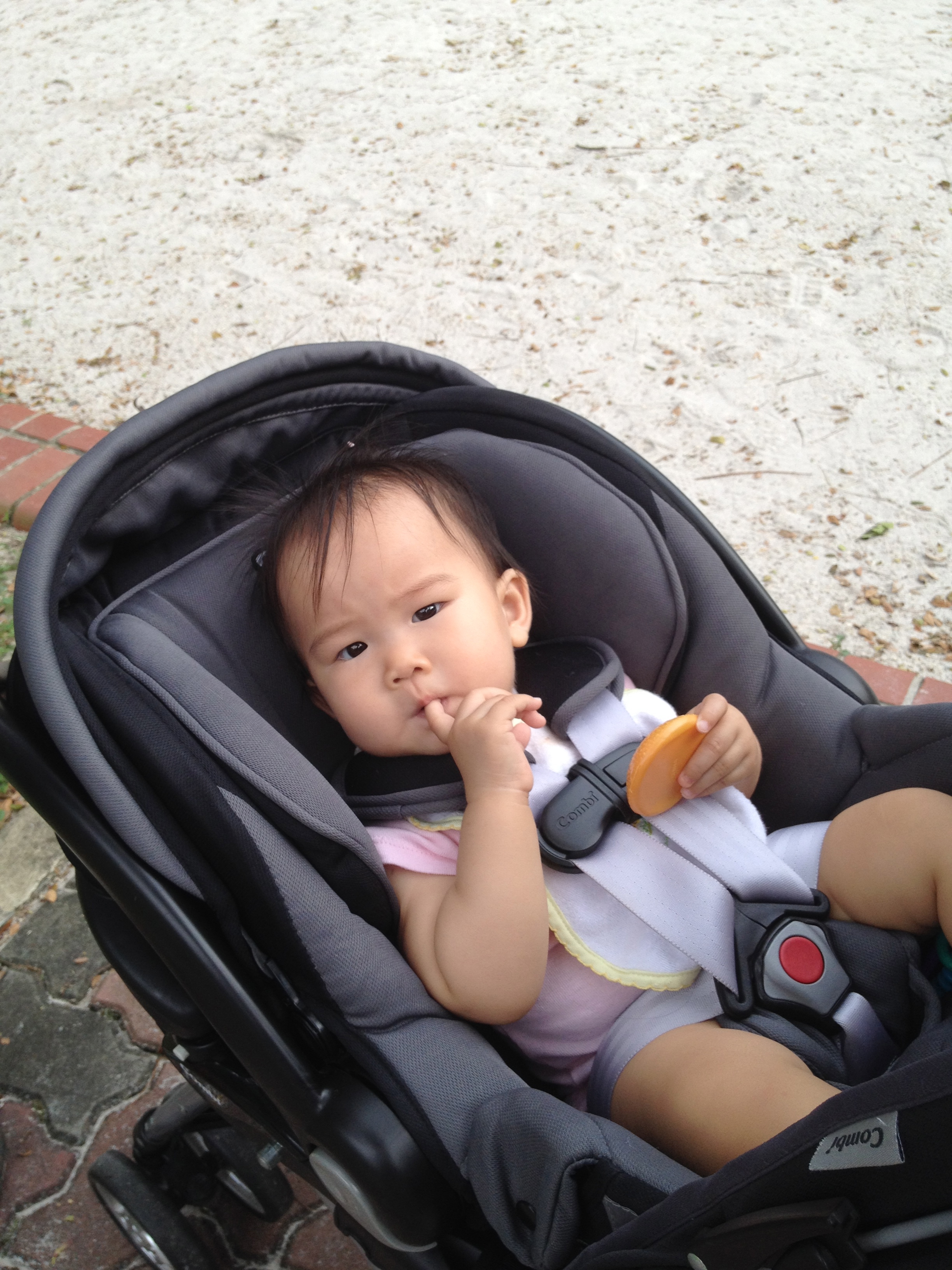 As a young parent many years ago, I had worried about child abduction, car accidents and even earthquakes (we were in living Vancouver then). Slowly, I learnt that some worst-case scenarios were beyond my control. It was no use worrying about them. We can be mentally prepared and teach our children what to do in the event of those situations, but worrying does not help one bit.

We Have Some Control Over Their Safety

There is something, however, that we as parents have some level of control over. And that is car safety. In our recent post, I wrote about making wearing helmets a habit whenever our children ride bicycles or scooters or go roller blading. Today, I will touch on seat belts and car seats.

Like helmets, car seats and seat belts may be uncomfortable. In fact, they seem utterly useless most of the time UNTIL the one time they are needed. And if they were not put into use at that ONE moment they were needed, we may find ourselves uttering the dreaded, “If only…”

We Grew Up Without Them, Didn’t We?

Seat belts were never deemed to be a matter of LIFE or DEATH when we were growing up. My family grew up never buckling up while in a car, until it was made mandatory by law for those riding in the front passenger seat to buckle up. I never ever saw or heard of a car seat growing up, much less sat in one, as car seats were non-existent in those days (yes, I belong to that era). No one I knew, adult or child, ever died in a car accident. The odds of surviving without a car seat or seat belt seemed really good. Why should we suffer the inconvenience and discomfort of these safety devices?

Fast forward to when I was working in an Orthopaedics Department 15 years ago. One of my friends from Vancouver General Hospital is a pediatric orthopaedic surgeon. He shared with my wife and me a clinical case. He had been treating a teenage girl for years for injuries she sustained from a car accident she was in when she was a toddler. That girl needed braces to help her walk and because she was still growing, her braces needed to be changed frequently. He then said something that I would never forget. He said, “She could have walked away from that accident without a scratch. The reason why I’m still treating her 10 years after her accident is because she wasn’t in a car seat.” He added, “If parents could see the kinds of injuries sustained by babies and little children from car accidents, injuries and deaths which are totally preventable with a car seat, they will NEVER EVER let their children ride in a car without strapping them in.”

Make Strapping In A Habit

Thanks to his advice, on top of working in an Orthopaedics Department, we had put each and every single one of our children in a car seat for as many years as possible. Each of them went through a phase where they would squirm, kick and scream whenever they were strapped in. But we never relented or gave up. We always told them that buckling up in the car was non-negotiable because we wanted them to be safe.

Our #1 cried non-stop from the moment he was strapped in till we arrived at our destination and carried him out of his car seat. #2 cried till she threw up and continued crying till we arrived. #3 bucked like a wild horse, and yes, cried the whole journey.

Yet without fail, after a few weeks of crying EVERY SINGLE TIME they were strapped to their car seat, somehow, they would all get used to it. Then miraculously, they would “graduate” to wanting to buckle themselves up as soon as we got into the car. And once they grew out of their car seats, and subsequently their booster seats, they would automatically put on their seat belts. Yes, automatically, by themselves.

To further instill in our children the need to be buckled up, my wife and I would always verbally announce that we ourselves were buckled up before we started our engine. Now that my children are older and can buckle themselves in, sometimes we would start the engine without checking (especially if we are in a hurry). But my children would protest and insist we shut off the engine and wait till they are all buckled up. And we do oblige. Continuing to instill the habit of safety, of strapping themselves in, especially since we still have a preschooler in the car, remains important to my wife and me.

All It Takes Is ONE Accident

Fortunately for us, touch wood, we have never been in an accident where we can prove that the car seat or seat belts have saved us and our children. A friend of ours, however, can attest to how the car seat and seat belts had saved his family. Years ago, their car had hit a patch of black ice and overturned on the way home from a winter trip. Luckily, all the adults had their seat belts on and his little boy was strapped in his car seat. No one sustained any injuries. Today his son is formidable ice hockey goalie. His story could have been very different if the little boy hadn’t been strapped in. His story could have been very different if my friend and his wife had not had their seatbelts on.

So parents, please help your children develop the habit of buckling up whenever they ride in a car. Yes, it’s hard to buckle a screaming, kicking, buckling baby in the car seat. Yes, we are highly competent drivers; we can drive as safely as possible; we can drive slowly. But we cannot control the road conditions. We cannot control how other drivers drive. What if the car hydropaned during a rain storm, or if we hit a patch of oil spill on the road? What if another driver was reckless or inexperienced and hit us? Accidents are called accidents because no one had intended for them to happen.

Correct Use of Car Seat

Like helmets, car seats are useless if they are not used properly. So how do we ensure we are using the car seat correctly?

a) Put Children Under 2 years Old in Rear Facing Car Seats
Children under 2 years old have very weak neck muscles. If they are in forward facing position, they could get seriously injured in the event the car jerks to a sudden stop. Rear facing car seats will prevent unnecessary serious whiplash injuries on these young children.

b) Secure Car Seat Tightly
Unlike the cars we had in US and Canada, the cars in Singapore do not seem to come with the LATCH system. These anchors and tethers help to tightly secure car seats to the seats on which they are placed on. I really wish LTA would insist upon cars having this feature for the safety of our children. 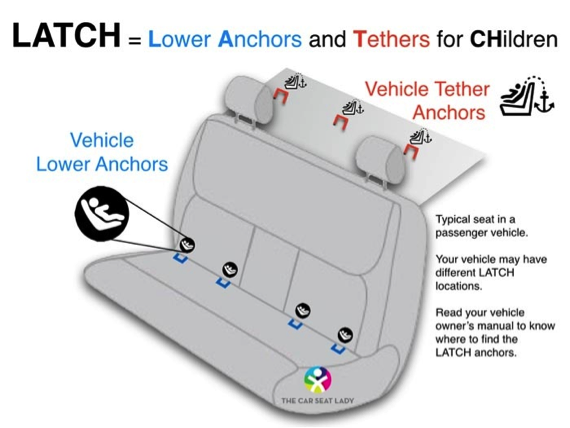 Until it becomes a common feature in our cars, as parents, we can only do our best to secure our children’s car seats with seat belts. If you can wriggle the car seat and it can slide, it is too loose and will not be able to protect the child sitting in it. To tightly secure the car seat for our 3-year-old, we press our knee on the empty car seat, pushing it as far into the seat as possible and then pull the seat belt threaded through the car seat to tighten it as much as we can. When this is done properly, the car seat will not wiggle a millimeter when you try to shake it from its base.

c) Tighten The Harness On the Car Seat
The harness on the car seat needs to be snug against the child, regardless of whether the car seat is rear or forward facing. Of course it should not be so tight as to make it difficult for the child to breathe. However, it should not be loose enough for you to slide you hand through it. If the impact of the car is high enough and the child is not snuggly fitted into his car seat, he can actually slide out of his car seat and be propelled forward, unprotected. To know if the harness is snug enough, try the pinch test. If you can pinch the harness after your child is strapped in, it is too loose. 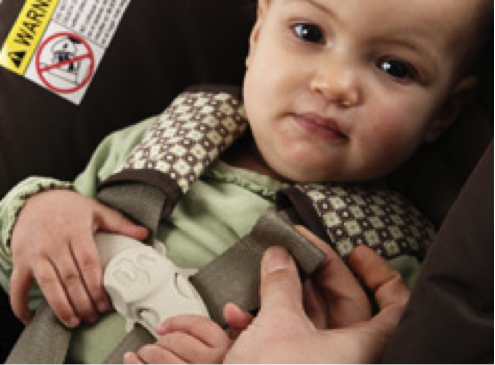 Car seats save lives. Seat belts save lives. As parents, not only do we want to insist on our children being buckled up, we need to lead by example ourselves and buckle up even if we are in the back seat. All it takes is one, just one, accident to show us that car seat and seat belts are essential. If the time comes and we didn’t have them on, it might be too late to say, “If only….”