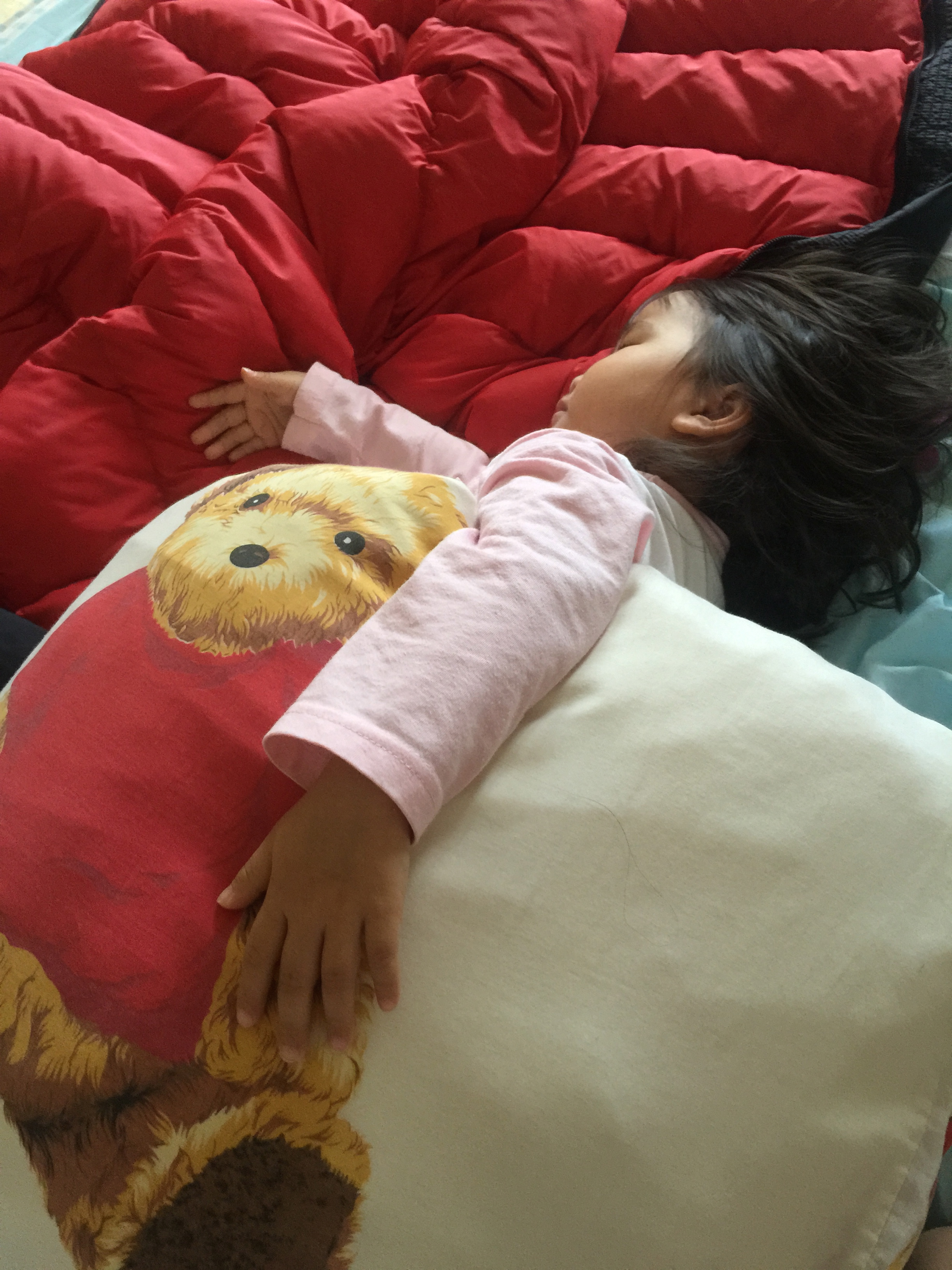 Looking back on my 14 years of parenting journey, I realised I have come a long way. Yes, I had started my parenting journey reading a ton of books, and I am still reading a whole lot now. However, in my early days, many of the books I read were “how-to” books. In particular, I read a disproportionate number of books on how to get babies to go to sleep on their own, how to get babies to sleep through the night etc etc. Why? Because I was exhausted by the demands made by my firstborn every single night.

For those who are unfamiliar with Dr Richard Ferber’s sleep training, the idea behind Ferber’s sleep training is to help the baby learn how to soothe himself to sleep. However, to do that, it also means he needed to be left on his own so he can learn how to self soothe. The books warned that some amount of crying was to be expected and if I wanted my child to learn how to self soothe, I needed to leave him alone for increasing intervals of time and if he cried, I should not attend to him until the time interval was up. The theory is after a while, the child would figure that there was no use crying and would go to sleep on his own. That is how Ferber’s sleep training has become synonymous with Cry It Out method. Of course, this is a very simplified explanation and I am not doing justice to his work. If you want to know more, please read “Solve Your Child’s Sleep Problems” by Richard Ferber.

Even now, as I am writing this, I wonder how on earth I could ever subscribe to the idea of Ferberising my baby. Don’t get me wrong. There are many families who swear by it but it just does not fit the mom that I was. So why did I do it? My excuse was I was beyond exhausted. I so wanted to regain my independence and stop being a mom at night. I wanted a good night’s sleep without waking up every 2-3 hours to attend to him. So against my better judgment, I decided to Ferberise R.

I Failed Again and Again…

The first time I tried it, R was 6 months old. My poor son would cry and I would wait anxiously for the designated time interval before attending to him and when I left, he would cry harder and longer. This would go on for two hours or more each night and my heart broke every single night. By night 4 or 5, I would be in a wretched state. I would be sitting outside the door crying with him. I struggled between not wanting the previous nights’ efforts to go to waste and trying to convince myself he was not ready to be Ferberised. And in the end, I chose to give up. I told myself I would try again next month.

The next month came. I was more tired than before having been sleep deprived for yet another month. History repeated itself. He cried, I waited for designated time to go in to soothe him. I left, he cried harder and longer till I went in again at the next designated time. After 4 nights of him crying for two hours or more before he collapsed in exhaustion, I could not do the fifth night. I gave up and waited to try again the following month. This went on two more months. Each time, no matter how hard I resolved I wanted to reclaim back my sleep, my maternal instinct won my ego EVERY SINGLE TIME. I just didn’t have the heart to hear him cry and not do anything. I felt like a failure as a mom for having made him cry so much and a failure as a mom who couldn’t sleep train her child.

My husband had been supportive of my decision to Feberise R. He was supportive when I decided to give up because I couldn’t take the crying. But when I gave up the 4th time, he asked me, “Why are you doing this to yourself?” No reproach of me making our son cry. No condemnation of my lack of resolve. Just love, acceptance and an attempt to understand me.

Suddenly, something inside me clicked and I was no longer conflicted. I accepted that my son needed me. I accepted that I was ok with him needing me. I accepted that being sleep deprived when I had a young child was ok. I was no longer so attached to the notion of having early nights to myself after putting my child to sleep on his own. So the next night, I laid down on my bed which was beside his crib and let him hold my finger till he fell asleep. It still took 2 hours for him to fall asleep, but this time, it was peaceful. And I did this every single night for the next 2 years.

No Need to Sleep Train with #2

2 years after I gave up Ferberising R, C arrived. She could not have been more different than R. She didn’t need me or anyone with her to go to sleep. As an infant, as soon as I put #2 down in her crib, she would turn away from me and talk to the shadows on the wall. Even as I left the room, she would look away from the dancing shadows to watch me leave and turn her attention back to the wall. I had my early nights to myself and my uninterrupted sleep. There was no traumatic cries or bleeding hearts.

Now, we have A. Like R, A needed me with her to fall asleep. Unlike R, she would scream whenever we put her in her crib.  Still traumatised by R’s crying when I had tried to Ferberise him, I could not bear A’s cries whenever I put her in the crib. So we got rid of the crib and put her on the bed with us. For three years, she slept right next to me on my bed. In the past 6 months, she started developing acrobatic sleep stunts. It became increasingly difficult sleeping next to her and I yearned to move her out of my bed as soon as possible. Still I kept Ferber away with a 10-foot pole.

The opportunity came after A turned 3. She started asserting she was no longer a baby. She would correct everyone, family or stranger, who called her a baby. “I am a big girl,” she would assert instead. So we got a bed for her and told her as a big girl, she needed to have her own bed, like her older brother and sister. For the first few nights, I laid down with her on her bed till she fell asleep. Then one night, after she nursed, she said, “Goodnight, mom,” and turned her back to me. I asked her gently, “Can mom leave now?” She rolled over, gave me a hug, and said again, “Goodnight, mom.” Then she rolled over with her back to me. I left her bed and she did not protest.

Some nights she would still want me with her, some nights she was ok being on her own. To me, that was progress. She was weaning herself off me. She was growing up at a pace she was comfortable with, not pushed into growing at a pace I wanted her to. Each morning, she woke up happy because she had gone to bed happy. As my family always says, “Happy baby equals happy mommy. And happy mommy equals happy family.”  How true!

While I may not subscribe to Ferberising for sleep training, by all means Ferberise if it works for you. It is not my intention to judge moms who Ferberise. It doesn’t matter how we sleep train our children, or if we sleep train at all. As fellow moms, we can all do with some support and understanding of the methods that we use, no matter how different they may be. What matters is we understand ourselves.

For me, I realized over the years that I prefer peaceful parenting.   After all, love is peace and parenting is all about love.

What about you? Would you care to share your insights on sleep training? What worked? What didn’t? Was there something you learned about yourself in that process? Share with us on the comments page so we can all learn from one another.

One Reply to “Sleep Training Then and Now”