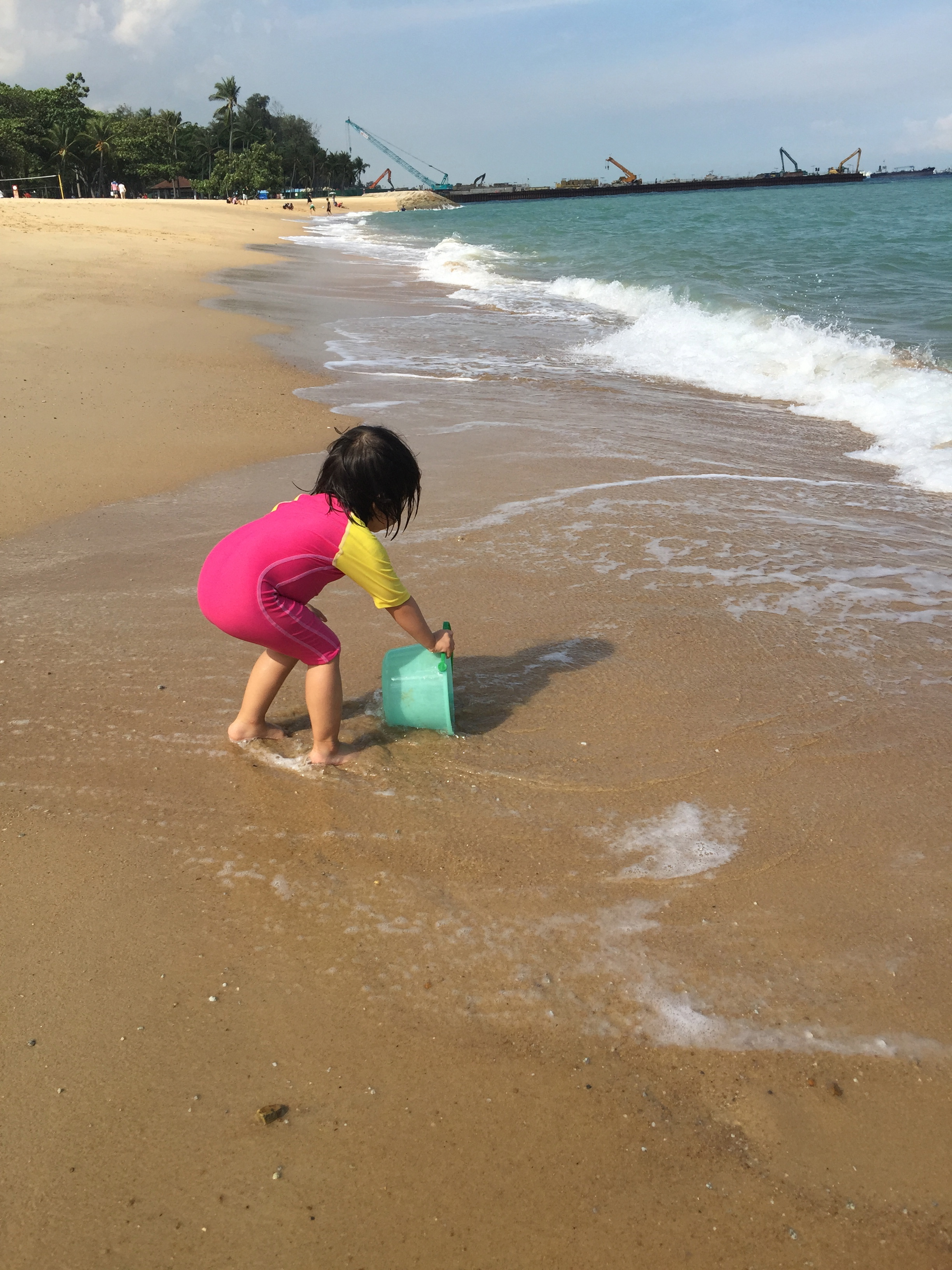 As parents and educators, we are always looking for ways to help our children be self-motivated learners.  What if I told you it is actually not difficult to achieve that?

The last activity my 3.5-year-old asked to do last night before bed was to have a piece of paper and pencil to write her name. She wrote it several times, including the names of the rest of the family, before declaring she was ready to sleep.

This morning, she woke up and asked to play the alphabet game. So we brought out her kit and she happily settled down to trace the alphabets and match the uppercase letters with the lowercase letters.

Prior to her interest in the alphabets, she was obsessed with colours and would ask to make different colours. That was when she would bring out her paint set or even our food colouring set to mix different colours together.

She did these activities on her own accord. Not once did I suggest or entice her to do any of them.

Children Are Programmed to Learn

The fascinating thing is all our children are programmed to learn. When they are ready, they will pick up what they want to learn really fast.  All we need to do is to watch for openings like that and offer them what they need.

Why did my preschooler ask to write? How did she know about the alphabet game? Why would she want to mix colours?

My role in her education is to expose her to different concepts and different games. Occasionally I would bring out different games/toys and let her mess around with it.

The beauty was she kept repeating the activity over several weeks until she remembered what colours to mix to get whatever colour she wanted. She learned how to mix more colours on her own than what I had shown her. And she learned that all by herself.

Likewise for writing and alphabet recognition. I showed her how her name looked like on paper and she was intrigued. But I did not ask her to write. Some time later she asked me to teach her how to write her name. After some practice, she learned how to do it herself. That subsequently extended to writing the names of the rest of the family. And because she was interested in alphabets, I introduced her the alphabet game matching uppercase and lowercase letters.  Then when she felt like it, she asked to play the game.

We did the same with time. We have a book on time which she enjoys. One day, I showed her a toy clock that she could play with. A few days later, she brought the clock out so she could show the time on the clock as we read the book together at bedtime.

Subsequently she extended that to showing time on the clock that went beyond what was covered in the book.

A lot of the learning that happened resulted from me introducing a concept/toy/game to her once or twice without asking her to do anything. If she wanted to try it out, great. If she was not interested, that was fine too. Invariably, she would pick up the learning on her own. And she almost always learned more than what I had shown her during my introduction of those concepts.

Why is important for us to pick up the cues of our children instead of structuring their play?

The reason is simple. It is because we want our children to be self-driven and self-motivated.

How Self Motivation Is Lost

By definition, self-motivation  means doing something because you want to.

Like I mentioned earlier, our children are programmed to learn. But they lose their self-motivation when we over-structure their learning.  Why?

What Should We Do?

Our role is to introduce an idea or a concept that triggers curiosity. And that needs to be followed by a keen observation of when that seed of curiosity has taken root so that we can provide the resources when our children are ready to learn.

It is extremely important that from young, we give our children time and space to play.

Playing is doing and learning with self motivation.

Playing is NOT a waste of time.

Playing is how children develop curiosity.

Playing is how our children satisfy their curiosity.

Playing is how our children continuously desire to learn and find out more.

The more our children play, the more questions they have, the more they want to find out the answers and the more they are motivated to learn more on their own.  It really is as simple as that.

One Reply to “How To Bring Up Self-Motivated Learners”